SERVICE TO THE COMMUNITY SINCE 1947 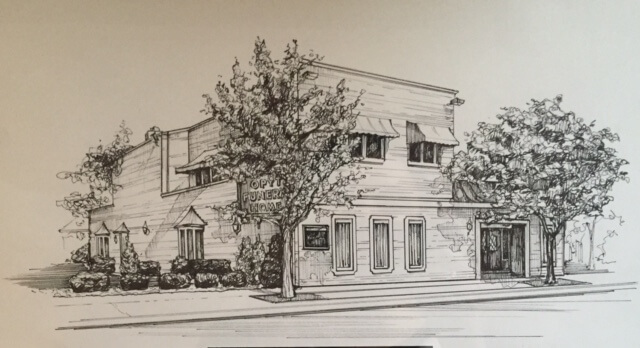 The loss of a loved one can leave you with a lot of unanswered questions, feelings of stress and anxiety and grief that makes events difficult to handle. The experienced funeral directors at Opyt Funeral Home will guide you through the aspects of the funeral service with compassion, dignity and respect. Our staff of dedicated professionals is available to assist you in making funeral service arrangements. From casket choices to funeral flowers, the funeral directors at Opyt Funeral Home provide individualized funeral services designed to meet the needs of each family.

Our honest service and commitment to excellence have served our customers well, and you can rest assured that we can assist you in your time of need. Whether you have come to our site for information about an upcoming service or to make arrangements for one, we hope the information you find here will be helpful.

We have added new features for your web experience with us. They include:

Please browse our website to learn more about our services and facilities.

In 1940, Frank F. Opyt graduated from the Worsham College of Mortuary Science and was drafted shortly thereafter into the U.S. Army during World War II where he served as a medic. Upon his return from service, he married Helen Christoff.  In 1947, Frank and Helen Opyt opened the Frank  F. Opyt Funeral Home at 13350 S. Baltimore Avenue in Chicago, Illinois. Mrs. Opyt acquired her Funeral Directors license in 1957. For many years, Mr. and Mrs. Opyt worked together to establish a funeral home built on respect, compassion and commitment. After Mr. Opyt’s  passing in January 1991, Mrs. Opyt continued to carry on her dedication to the Funeral Home they built together until her passing in January  2015.

Leo Stodden attended the Worsham College of Mortuary Science and became a licensed funeral director in 1986. He began his employment with the  Frank  F. Opyt Funeral Home in 1988 where he had the privilege and honor to work and learn alongside Mr. and Mrs. Opyt. After attending the City Wide Mortuary College and becoming licensed in 1993, Rosario Stodden was invited to work at the funeral home in 1996. Having the opportunity to observe Mrs. Opyt, and their parent’s dedication to the funeral profession; Felicia and Alicia Stodden, Leo and Rosario’s daughters, attended the Worsham College of Mortuary Science and also became licensed funeral directors and embalmers in 2006 and 2013, respectively.

Mrs. Opyt was committed to ensuring that the future of the Opyt name and the loyal and comforting service that she and Frank provided to the community would continue for years to come.  In April 2007, she made the decision to transfer ownership of  the Frank F. Opyt Funeral Home to Leo and Rosario Stodden, whom she trusted and was very confident would carry on the tradition of providing families with the respect, compassion and commitment she and Frank worked so hard to earn and establish.

The Stodden Family collectively have over 70 years of professional experience as licensed funeral directors and embalmers. Their principle focus is to preserve the tradition of a family owned establishment and, in keeping with Opyt’s legacy, to provide the highest level of service to the community with dignity, kindness and understanding.

The Stodden Family recognize that their client families experience one of the most strenuous moments in their lives, and they are devoted to not only providing the necessary support needed but to bring comfort and an understanding during those difficult times.  The Stodden Family wishes to thank  Mr. and Mrs. Opyt for their mentoring and guidance and to Mrs. Opyt for entrusting them with the greatest honor of continuing to serve the community with the same quality of care that she and Frank established in 1947.

What Our Families are Saying TESTIMONIALS

Recently my family lost our Mom and Alicia and her team were amazing as we were planning her services. They took care of Everything and were available and willing to work with us as we needed. I have not lived in town for many years and to know that Opyt is still an available resource willing to help their community and provide such wonderful services for those of us who have lost our loved ones. The care they provided and how they listened to our needs was simply outstanding. I would recommend Alicia, Felicia and Leo to anyone as they will indeed make a tough time much easier for you. Thank you again:)

Directly order flowers, view and sign the condolences book, share memories and more to celebrate lives of those dearly missed.

Helpful resources to guide you through the loss of a loved one.

Take a few moments to express your wishes now and help to ease the burden on your loved ones.

A collection of answers to questions that people often have when arranging for a funeral.