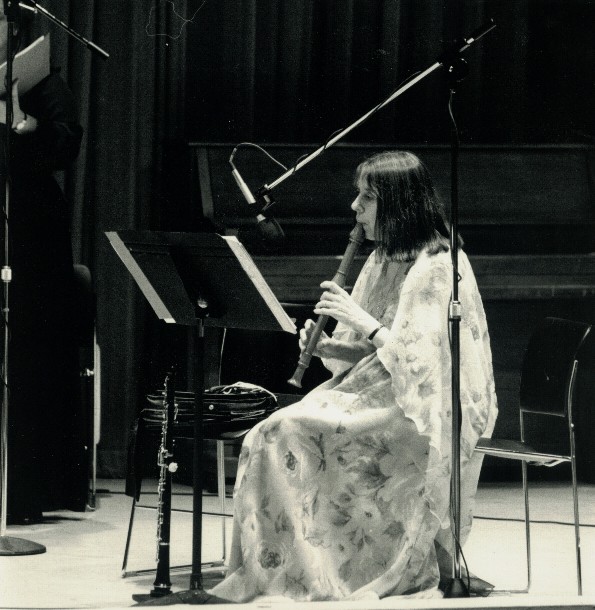 
Music Director of the Telemann Society of New York; President of the American Conservatory of Music; Oboe and Recorder Soloist; Artistic Director of the Telemann Society Orchestra and Chorus; Appeared on over 40 LP Recordings published by Vox, Nunesuch, Counterpoint-Esoteric, Everest Records, and Amphion Records.  These recordings featured works from microcosmic ensembles to festival orchestra and chorus.She was also a caring music educator; beloved "Mom" to all her students; Appeared with the Knickerbocker Chamber Players in New York as Recorder Soloist performing Bach's Brandenburg Concerto #4 along with Nadia Koutzen, Violin Soloist; Appeared on the nationally syndicated radio program, "The Age of Telemann"; Producer of the Radio Show, "Homeopathic Pathways to Improved Health" in collaboration with Dr. James H. Stephenson, M.D.


The first internationally acclaimed recording in which she appeared was called, "The English Country Dancing Master". This release elicited unanimous rave reviews in the international critical press.  She appeared in concert performance with the Jerusalem Radio Orchestra in Israel's premier presentations of George Frederick Handel's Oratorio, "The Messiah", in the concert halls of the Israeli cities of Jerusalem, Haifa, and Tel Aviv.  She was the protégé of Alfred Barthel, Principal Oboist of the Chicago Symphony Orchestra under the musical direction of Theodore Thomas.  Alfred Barthel had won First Prize in Oboe from the Paris Conservatory of Music on two occasions in 1890 and 1891. He had won two other prizes from the Paris Conservatory in 1889.  One of her protégés is Lisa Yonge Gelfand, who is also an oboe professor and oboe soloist as well.

To order memorial trees or send flowers to the family in memory of Theodora Schulze (nee Economou), please visit our flower store.