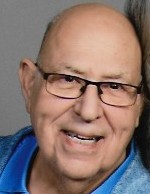 Bob Ellman was a police officer and business owner. He moved into Hegewisch in 1967 when he became a Chicago Police Officer. He retired from the CPD after 36 years of service. In 1970 he opened 7 Seas Tropaquarium which later became 7 Seas Pet Care Center and has served the needs of pets in Hegewisch and the surrounding communities for 50 years.

Bob Ellman touched many lives and left a positive impact on the people surrounding him. He was a trusted mentor and adviser to many and his loving memory will stay with us forever.

Services to be set at a later date.

To order memorial trees or send flowers to the family in memory of Robert Ellman, please visit our flower store.