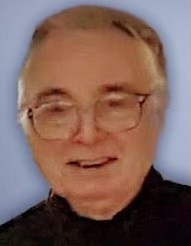 
THE VERY REV. JAMES DOYLE, known affectionally to his congregation in the Hegewisch neighborhood of Chicago, Assumption Greek Orthodox Church, as Father Iakovos, passed away on January 12, 2021, age 80, at Mercy Hospital, Chicago, after a short illness.


He was born on August 2, 1940, to James and Marion Doyle, in Providence, Rhode Island, and is survived by his sister, Rose, of North Providence.


He attended Saint Vladimir’s Orthodox Theological Seminary, New York City, from 1958 to 1960.  He enlisted in the United States Army, in which he served until 1967, among his duties, studying Russian and other Slavic languages in the Army’s language schools.


After his Honorable Discharge from the Army, he went to Paris, France, to study at Saint Sergius Theological Institute, from which he graduated in 1969, with additional studies at Université catholique de Louvain, Belgium.  While at Saint Sergius, he worked closely with Father Nicholas Afanasiev, the noted Orthodox theologian.


Father James was ordained to the Diaconate on June 25, 1969 at Saint Sergius, and then to the Priesthood, on June 28, 1969, at Saint Alexander Nevsky Russian Orthodox Cathedral, Paris, by Archbishop George, of Syracuse.  Over the years of his ministry, he received a number of special recognitions, including his elevation to Archpriest, and his award of the Jeweled Cross.


After his ordination he served parishes in Brussels, Belgium, until his return to the United States in 1975, to teach Patristics and Old Testament at Saint Tikhon’s Orthodox Seminary, South Canaan.  He served at Holy Trinity Cathedral, Leavitt Street, Chicago, from 1979, concluding his ministry there as its Dean, in 1983.  From 1983 until his death, he was on staff at Catholic Theological Union, Chicago, fondly remembered there by a generation of fellow staff, faculty, and students.


He served at a number of parishes in the Greater Chicago area over the years.  For the last twenty years he served the Greek Orthodox Archdiocese, assisting at Assumption Church, Central Avenue, Chicago, as well as other parishes in its Chicago Metropolis.


Of very special note was his service at Assumption Church, Hegewisch, from 2004, to very shortly before his death.  Of all his pastoral ministries, none was closer to his heart.  He was deeply loved by the congregation, there, and it was, for him, a cherished spiritual home.  In his farewell letter to them, he wrote,
“Jesus has opened to us the doors of the Father’s kingdom where there are many mansions.  I go there to enter the Father’s house.  God bless and keep you all.  It has been my privilege to serve you for 16 years.  I thank you for our time together.”


Father James was a highly accomplished scholar of rare ability, and a phenomenal preacher.  He was a man of intense love of the Holy Scriptures, who inspired all who knew him to love and study them, as well.


Priest, preacher, pastor, scholar, son, brother, soldier, cherished friend, and above all:  a Christian who lived the Gospel of Jesus Christ.

With respect to State of Illinois Guidelines during this time of Covid-19, the visitation and funeral service is limited to the amount of people allowed in the church at a time, social distancing and face masks that cover the mouth and nose are required upon entry (face masks will not be provided by the funeral home, church or cemetery).

To order memorial trees or send flowers to the family in memory of Rev. James Doyle, please visit our flower store.