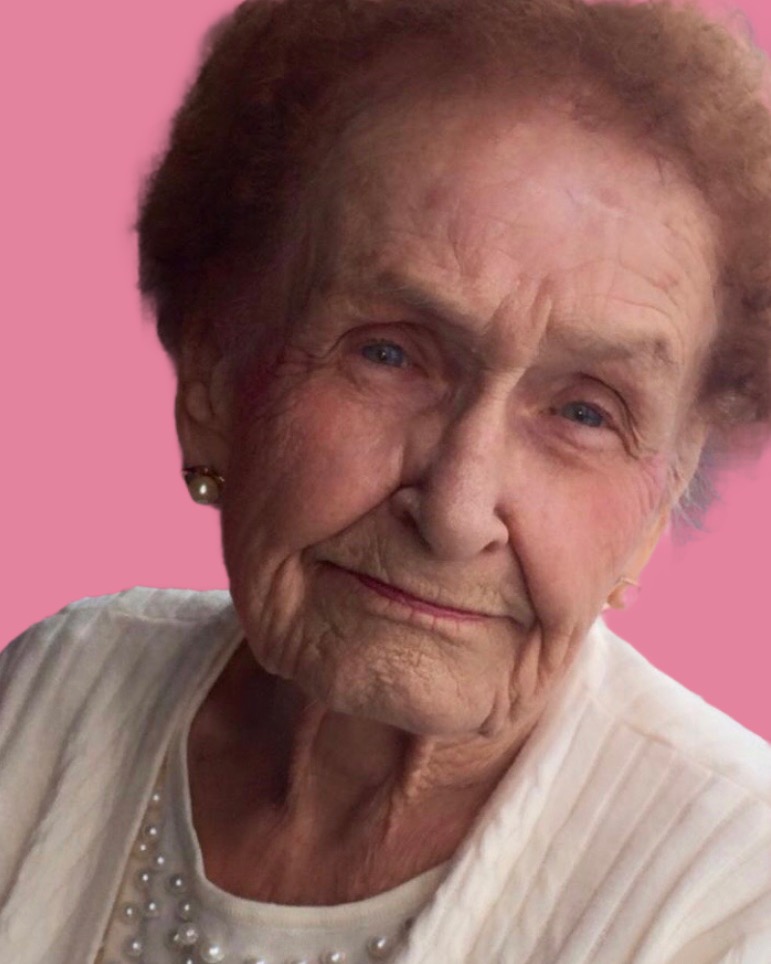 Joanne was born in Phoenix, IL. on November 26th, 1920, the daughter of Jan and Johanna Kiepura. She grew up in Phoenix, IL. and was the only girl among five brothers: Steve, Joseph, Edward, Walter, and George. After graduating school, she married Edward Goeringer and raised her three kids: Raymond, Edward, and Charri, in Dolton, IL. In the late 1970’s, her husband passed away and she lived for many years with her daughter Charri, followed by her son Edward and lastly residing at Hegewisch Senior Suites being cared for by her grand-daughter, Dawn.

Joanne was an amazing woman. Even at 102 years old, she was quick-witted, independent, joyful, spunky, and hilarious. She was active in her community, was a devoted giver to the American Veterans and active in her church. Holding many positions throughout the years within her church; board member, trustee, deacon and financial officer. She was a God-fearing woman that enjoyed gardening, shopping, baking, cooking, dancing and sharing a meal with others. Joanne cared for others with a deep genuine love. While having a conversation with her, she made you feel special and truly listened to. Her wit and curiosity always made talking to her fun and encouraging.

She will be missed by the many people she had met over her long life. She will especially be missed by her nieces and nephews and by her grand, great-grand, and great-great grandchildren who affectionately called her “Gramma” and “Grams”. She loved them all with grace and kindness, you could see it in her face. Even to her last birthday, her eyes would sparkle with the love of God. And she displayed that love freely in a life well lived.