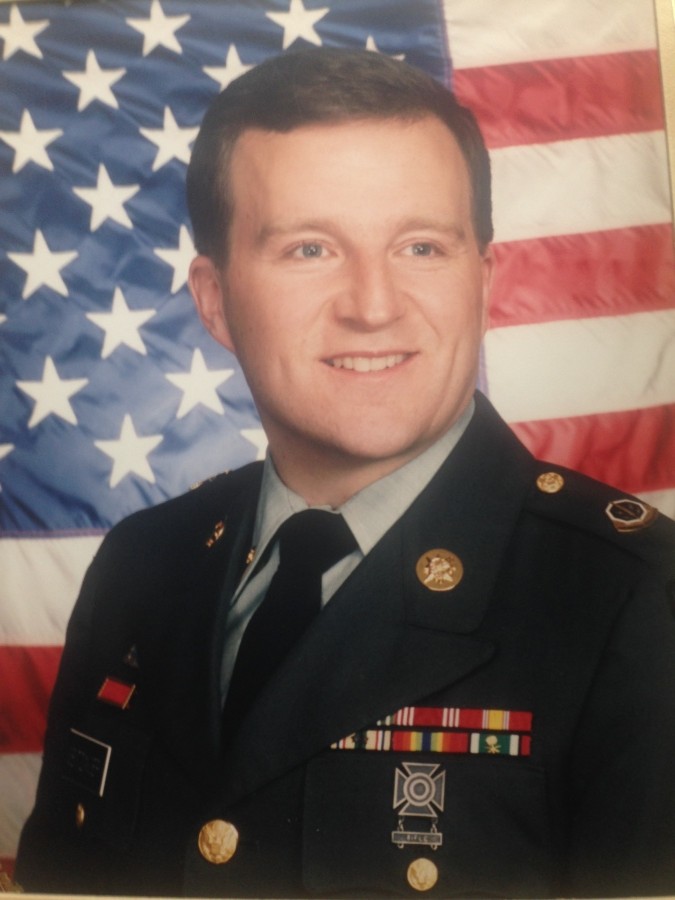 A celebration of Doug’s life is being held privately with family.

Doug was born on August 28, 1961 to Betty and the late Carmin Seitzinger.

When Doug was born he was an easy baby and that was a good thing as Mom said she had her hands full with the two older toddlers, 3 and 2.  Five years later his baby brother Marty was born and Doug became somewhat of a middle child.  As a young child he was quietly inquisitive and curious but snuck under the radar when trouble was around.

He walked to grade school (a mile each way) and most times with his head down in hopes of finding money…and he usually did!  One day Mom got a call from a woman saying she found Doug lost in the pouring rain…he was walking with his head down looking for money!

As a young boy Doug took over The Hammond Times paper route (6 days a week) from his brother Rick, begrudgingly, UNTIL he started collecting from his customers and received good tips.  He eventually had 150 customers!  He even went so far as to change banks to get better interest on his money!

He collected automotive stickers and had albums full.  He enjoyed music from every genre, but especially classical music.  He loved to play board games of every kind….Chess, Backgammon and Monopoly!  His sister Cathy remembers a game of Monopoly with Doug when they were children that seemed to last for hours.  He owned almost all the properties and to this day she can’t even look at the game!  He enjoyed playing Scrabble, especially with his Mom….they kept a running total of scores for years!  He knew the oddest words and always remembered their meanings.  It was important to him to “learn” while playing.  Nobody wanted to challenge his words because he was right 99% of the time.  He’d smile at you and give a very snarky laugh.

Besides his first job delivering The Hammond Times newspaper, Doug worked in the kitchen at Purple Steer, and as part of the grounds crew for River Oaks Shopping Centers.  He enjoyed working with nature.

Doug was a devout Chicago Cubs fan whether it was attending games or watching on TV as well as collecting all kinds of their memorabilia.

Doug also loved the newspaper comic strips.  He had a binder filled with his favorites, all categorized!  But Calvin and Hobbes truly had his heart!  He got such a chuckle and bought all their books and would read them over and over!

He graduated from T.F. North High School in 1979 and then began college attending Eastern Illinois University for a year and then finished up at Thornton Community College receiving his Associates Degree in Science.

In 1988 he joined the U.S. Army.  After Boot Camp in Ft. Leonard Wood, MO, he trained in Monterey, CA, and then onto the Arizona Language Institute, studying to be an Interrogator and a Mandarin Chinese Linguist along with being a Psychological Operations Specialist.  He became very fluent in speaking, reading, writing and understanding Chinese.  During the Gulf War (Desert Shield/Desert Storm) from 1990-1991 he was deployed to Riyadh, Saudi Arabia where he would help create airborne leaflet propaganda which was to be dropped on the Iraqi soldiers encouraging them to surrender.  Because he was an avid comic lover, it was Doug’s suggestion that the Army use cartoons for the leaflets as well as the written word as some of the Iraqi soldier were illiterate.

Doug was a patriot….he found out that a family’s American flag was stolen as it flew in front of their home just after 9/11.  The flag was from their father’s military funeral.  He decided to buy a new flag to replace it for the family for Christmas and they were very touched by his compassion.

He was compassionate and had a soft spot for those less fortunate.  For several years he sponsored a little girl that belonged to a Sioux Indian Tribe on a South Dakota reservation.

After his military service, he attended University of Illinois, receiving his Bachelors of Science degree in Agriculture.  One of their field trips was to the Iguazu Falls in Brazil, South America.

With his extensive horticulture knowledge and passion, he worked with Frank’s Nursery.

Doug worked on and off for years with his brother Rick’s company (Touch-Up, Inc.) as a service rep repairing damaged and irregular new furniture and furniture under warranty.

Besides loving all food, especially Indian food, he considered chocolate to be in its own food group, and in any form!  He was sort of a chocolate snob, but he savored every bite.  He also enjoyed a good stout beer…the darker the better!  Maybe it stemmed from having a huge beer can collection when he was in his late teens/early 20’s.  His Dad built narrow shelves that covered two walls in the basement…floor to ceiling and they were filled!  Doug ended up selling some of them and then gave the rest to his cousin Michael in exchange for his automotive expertise to work on Doug’s car.

Doug also worked for Chrysler as an Assembly Line Operator and for TDS-US Automotive as a Forklift Operator.  He also got his CDL license and was certified for the U.S. Coast Guard Auxiliary.

He became an uncle in the late 1980’s and treasured spending quality time introducing them to classical music…Mozart, Bach and Beethoven and taking them outdoors to play and explore all that nature had to offer…the design of leaves and clover, the fragrance of flowers.  He NEVER turned the TV on with them.  They’d play games like Checkers, Sorry and especially Our Town; building with Legos or blocks, etc.  He believed in “experiences” with them.  As his two nephews and niece became adults, Doug became an uncle again to two wonderful nephews and tried to spend as much quality time with them exploring nature, wrestling, flying kites, playing all sorts of board games and introducing them to all fruits and vegetables!  He loved being an uncle!

Doug was stubborn and a bit pig-headed, but you knew where he stood on issues.  He loved his family, his country, loved traveling and constantly learning.  Doug packed a lot of living in his 58 years.  Doug struggled the last several years and was challenged with a lot of physical pain and ailments.  He sought out medical help, natural healing methods and spiritual help to no avail.  His body couldn’t take any more.  We are comforted knowing that Doug is now pain-free and in the arms of God.

Doug, we love you and will miss you.

To order memorial trees or send flowers to the family in memory of Douglas Seitzinger, please visit our flower store.