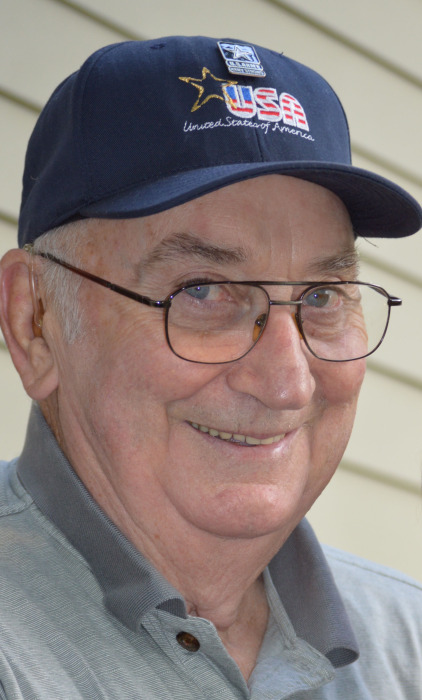 Donald was born on February 21, 1934 on the pristine archipelago of Beaver Island, MI.  He was born to Elizabeth (Lizzie) and James McCafferty and had five siblings, John (Bing) McCafferty, Arthur (Lano) McCafferty, Francis McCafferty, Ladonis Mooney and Eugene Mooney. Donald left home at an early age to work on the ore boats between the Minnesota mines and the steel mills of Gary and Chicago. He also was an Army veteran of the Korean War and spent time overseas in the mid 1950’s. He met his wife, Rosalyn Gall, in Chicago where they had four children, Catherine (Rob) who passed away in 2009, Donald, MaryBeth (Dan) and Sean (Angela). Donald was a master carpenter and enjoyed helping family/friends with multiple projects, which included home additions, remodels, landscape construction and anything that took a strong back and sharp wit to complete. He will be remembered for his amazing spirit, ready smile and typical Irish outlook on life. Nothing was to be taken too seriously but his gifts left behind will be a constant reminder of an amazing man and father. He is survived by his wife, three children and three grandchildren (Shane, Cade and Keagan), one brother and a world of people made better by having known him.

In lieu of flowers, memorial contributions may be sent to www.woundedwarriorproject.org

Interment will take place at a later date at Holy Cross Cemetery in Bever Island, MI.

Death leaves a heartache
no one can heal;

Love leaves a memory no
one can steal.

To order memorial trees or send flowers to the family in memory of Donald McCafferty, please visit our flower store.